Ms. Harriet B. Rotter has been in private family law practice since 1980. She is a former Assistant Prosecuting Attorney for Oakland County and a frequent lecturer and media consultant. She is a member of the American Academy of Matrimonial Lawyers. She has been listed in The Best Lawyers in America® in the specialty of family law since 1995, Michigan Super Lawyers in the area of family law since its first issue in 2006, and in DBusiness Magazine’s top family law lawyers of Metro Detroit since 2007. In addition, she was named one of the “Top 50 Women Lawyers in Michigan” by Michigan Super Lawyers and by Crain’s Detroit Business and Hour Detroit. Leading Lawyers of Michigan named her “Top Ten Family Law”, “Top 10 Women’s Consumer” and “Top 10 Women.” Leading Lawyers also featured her on the cover of their 2018 Edition calling her “Detroit’s Celebrity Divorce Lawyer”..

She has served on various boards and commissions, including the Board of Trustees at Central Michigan University and the United States Commission for the Preservation of America’s Heritage Abroad and the President’s Advisory Committee of the John F. Kennedy Center for the Performing Arts. She is also a Trustee of the Detroit Historical Society.

Harriet B. Rotter is AV rated, by Martindale-Hubbell, an objective indicator of a lawyer’s high ethical standards and professional ability. 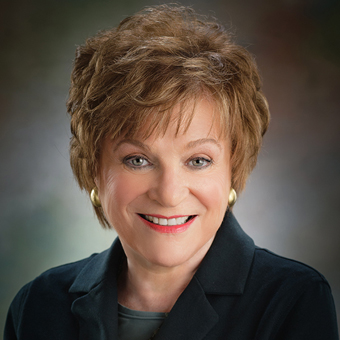